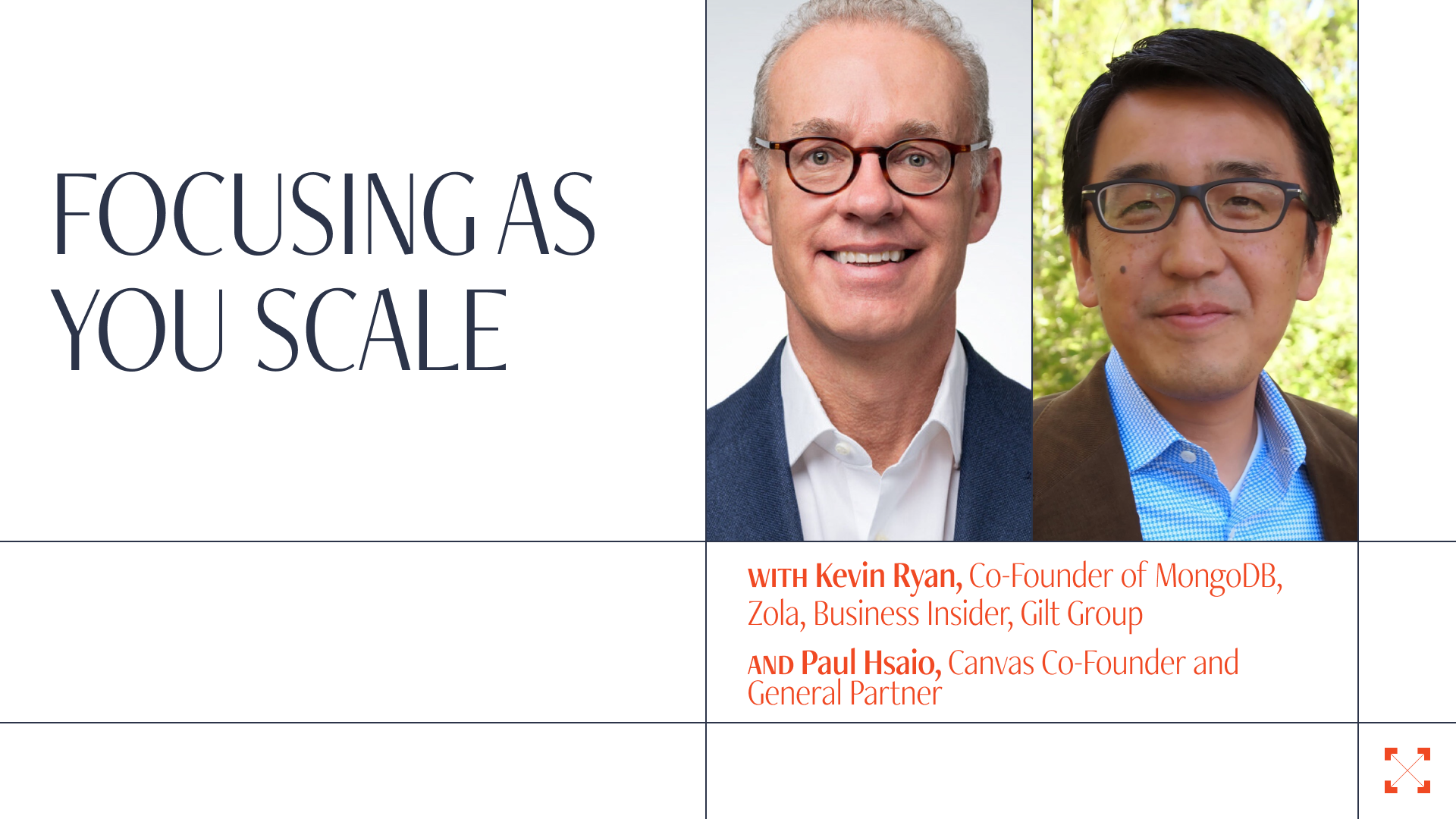 You’ve finally locked on an idea that deserves your full devotion for the next 10 years of your life.  You have found a few kindred spirits. You have raised your Pre-Seed, Seed, Post-Seed, or Series A.  And, amazingly, you’ve secured some early customers and traction. And. . . the waves are crashing. There is so much noise—and seemingly endless places to spend your energy.

As a former entrepreneur who has built two companies—and helped eight more companies scale from garage to IPO—I empathize with the challenge. While there’s no such thing as a one-size-fits-all formula for anything related to building transformative companies, I trust Kevin Ryan to have winning guidance in this particular area. After all, this is a person who has proven he knows how to coach early-stage founders to focus on what matters—and repeatedly built successful businesses from the ground up. As a founder and chairman of AlleyCorp, Kevin has launched multiple category-defining companies, including MongoDB, Business Insider, Zola, and Gilt Groupe, among many others.

Kevin’s companies currently employ almost 2000 people and MongoDB today trades at a 24 billion market cap. Kevin got his entrepreneurial start building DoubleClick from a 20 person startup into 1500 people, which he ultimately sold to Google in 2007. Drawing from all of those experiences, Kevin is able to guide his founders on the most critical part of their job—focus. Here’s precisely what he recommends by size and stage.

This interview was excerpted out of a fireside chat conducted for On Deck fellows.

When you’re starting something new, and there are just one to five people, what do you suggest a founder focuses on?

Look, there are only two things you're doing in that first six to 12 months: you’re bringing on the initial team and you’re building your product. Yes, there has to be a little bit of fundraising along the way, but fundraising is actually very easy if you have a pretty good idea and a very good team.

The hard truth is most people's teams are really not that good. And so you have to ask yourself a tough question: do you really have a great team? Obviously it's easy to say, "You should just have LeBron James as your guard." You can't always get LeBron James! There aren't enough to go around and not everyone wants to join your company.

So what do you do? When I have that choice, I opt for someone who is younger and better rather than more experienced and kind of mailing it in, but on paper it looks like the right person. I'd rather have someone that is sitting there going, “Look, I barely know, like I've never done this job before.”

Most of my CEOs are first-time CEOs. I don't mind having a lot of execs that are doing it for the first time as long as in the job they had before that one—a level down—they were a superstar. That person is on the way up and I can get them.

Important insight there. What about once the product's on its way, and a founder is scaling to 10 to 20 people. Does the focus change?

‍
‍The only focus change is that you have customers at that point. And so some people do a better job of understanding really what their customers need and what they want. Is it working? I see many companies staying too long with an idea. That means it's not really working, but they keep rationalizing it. They think if they make it 5% better, it'll change everything. Entrepreneurs are fundamentally congenitally optimistic otherwise we wouldn't be doing insane things that are against the odds. And so that's a good thing—until it's a bad thing in which case you're not just realizing it's not working.

There's always that tension between being persistent and being objective about the idea, right? And there's an art to making that judgment—whether it's just too early to the market, whether it's some feature that's missing. How do you make that call? Is it intuitive at this point or what do you do?

‍
‍Look, it is intuitive. But there are very few examples of companies that have trickled along for four years and then skyrocketed, taking off. Could it happen? Has it happened? Yes. But in general, it's not going to happen. There are many, many, many more companies where, after four years, they weren't doing well. After five years, they weren't doing well. And then they gave up.

I tell the CEOs, “Look, it's opportunity cost. It's okay that things don't work.” I've started companies that haven't worked. It's not the end of the world. What IS the end of the world is spending six or seven years on a company that then doesn't work at all and has very little value. That you don't want to do. ‍

‍What are the other common pitfalls that you see as you get to the next stage where you have 50+ people. What are some things very early founders should start thinking about and pre-planning for now?

‍
‍At this point, it's back to people. That transition from 10 people, who can practically all be in one room to 50 people, levels of management, you don't know what everyone's doing all the time is different. And the challenge I find for CEOs is letting go.

If you're trying to micromanage everyone, it's just not going to scale. And I had to learn that very quickly, obviously going to 2000 people in four years, every quarter I had to change the way I did things, otherwise I would have slowed everything up. And so that's an art because you want things to go well, you've got to make tough decisions along the way, the person who can manage your first six person marketing team may not be the person who can manage a 20 person team and that's a tough conversation.

But if we were talking about a sports team, a baseball team, every one of you would know it's just numbers. The second baseman is not as good as they need to be, and to improve the team, you got to release the second baseman. And here you've got to make some tough decisions there too.
‍

1) From one to five people, focus on securing the most talented initial team. Be ruthless with yourself about whether you really have the stars.

2) When hiring at an early stage, look for people who were superstars one level down. That person is on the way up, and you can get them.

3) From 10-20 people, focus relentlessly on customer needs. If you’re not meeting (or exceeding) them, and only making incremental improvements, you’re facing a potential six to seven year slog without any real outcome.

4) At 50+ people, micromanagement will kill your ability to scale.

5) Every quarter, as your company grows, you will have to adapt the way you do things, and the shape of your team. 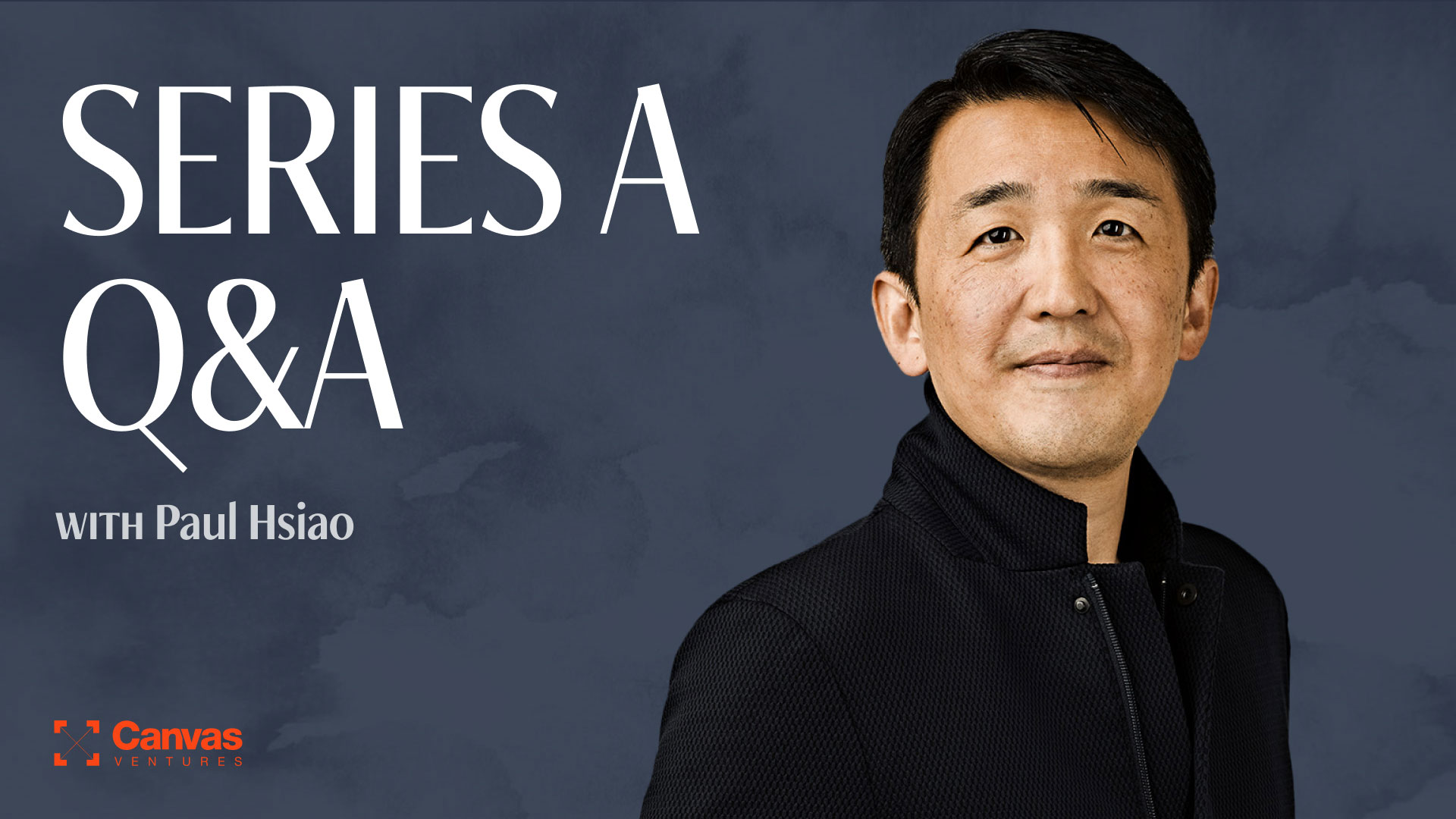 Series A Q&A With Paul Hsiao: Advice for Founders Fundraising In A Storm

Series A Q&A With Paul Hsiao: Advice for Founders Fundraising In A Storm

Series A Q&A With Paul Hsiao: Most Common Questions About Raising Your Series A Round

Series A Q&A With Paul Hsiao: Most Common Questions About Raising Your Series A Round